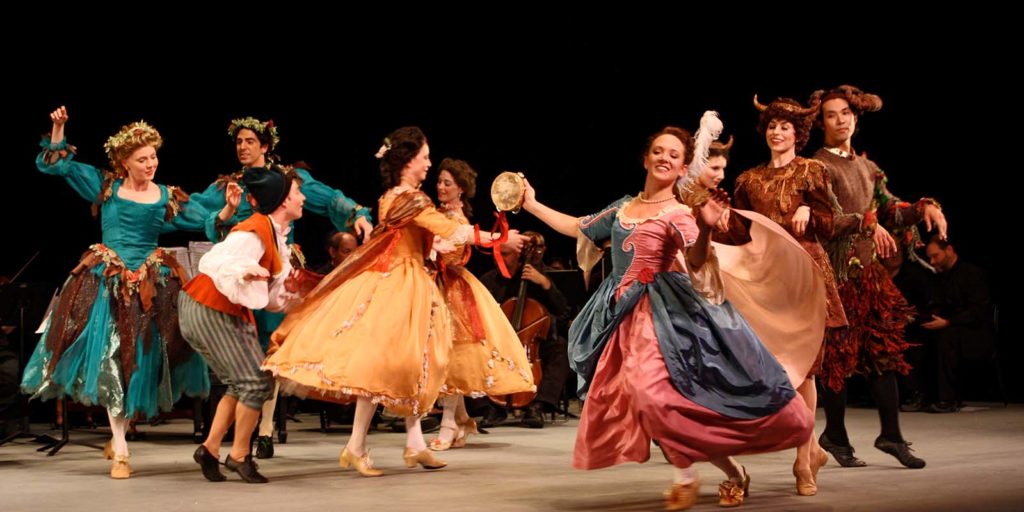 When Catherine Turocy and Ann Jacoby formed the New York Baroque Dance Company in 1976, they were unsure of how audience members would react to their first experience with the peculiarities of 18th-century ballet. What would the uninitiated make of the fleet-footed, vigorous, and sometimes raucous dances of that time period? And what about those unique outfits – the heavy costumes, masks and tight corsets?

Turocy and Jacobs needn’t have worried. Those who left the company’s initial concert immediately started talking. Soon after, Turocy financed a video that would be the first serious look at the process of reconstructing 18th-century ballet. It introduced the company’s work to a growing audience and influenced a generation of modern American choreographers. Turocy and her dancers then toured London, where they were awestruck by the effect they had on British audiences.

“Our mouths dropped in astonishment when we saw our name in subway stations all over London. In a land where Monty Python ruled, we were embraced and felt right at home,” Turocy said.

In its 30-year history, the New York Baroque Dance Company has been embraced by music and dance lovers worldwide and credited with the revival of 18th-century ballet. Its members have taken steps, literally, to ensure that future generations experience this influential style of dance — the forerunner of western theatrical dance as we know it today – by maintaining an active presence in the early dance scene and teaching young dancers across the country.

As part of that effort to reach out to future generations, Turocy and her troupe are now partnering with music and dance students at the Indiana University Jacobs School of Music. They are engaged in a two-week residency at the school during which they will give basic classes in Baroque dance for the IU Early Music Institute, as well as more intensive, historically-oriented technique workshops for students of the IU Ballet Department. Opera singers will benefit from classes in commedia dell’arte performance practice. All IU music students will be invited to participate in lectures regarding Baroque tempi. 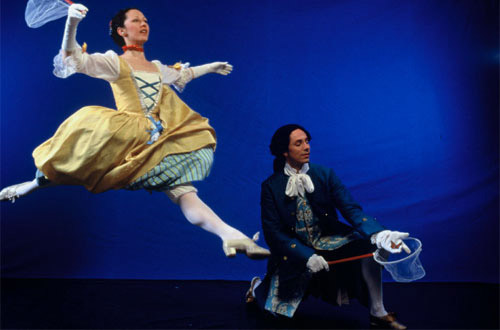 The residency is scheduled to culminate with a performance with the IU Baroque Orchestra, under the direction of IU violin professor Stanley Ritchie, on April 2 at the Buskirk-Chumley Theater in downtown Bloomington. The program includes works of Baroque composers Rebel and Geminiani and the one-act Rameau
opera/ballet Pygmalion.

“This will be the first experience with Baroque dance at IU,” said Early Music Institute Director Michael McCraw, who received a grant from IU’s New Frontiers in the Arts and Humanities program to fund the residency. McCraw, a renowned bassoonist and pioneer in the field of Baroque performance with original instruments, said the classes being offered at the music school are “very important, as much of the music we play is dance music or is patterned after dance music. The physical experience of really learning the dances makes understanding the music easier.

“A class open to the entire School of Music will demonstrate a dance realization of a well-known Bach orchestral suite,” McCraw added. “There will be two classes for the ballet department in the beginnings of ballet as we know it and in forgotten virtuoso steps of the 18th century. Catherine Turocy and her dancers will also give two classes for the vocal/opera department in theater techniques of the 18th century. The theater techniques of the Baroque were very stylized with the use of many gestures, each meaning something quite specific. As Baroque opera is now being produced in most of the major opera houses, it is important that our students have exposure to this.”

The dance pieces and the opera ballet to be performed at the Buskirk-Chumley Theater will be fully costumed in historical 18th-century style and all the choreography will be modeled after 18th-century works.

The New York Baroque Dance Company has been a leading force in the revival of 18th-century ballet, challenging aesthetic conventions and bringing forgotten masterpieces to new audiences in what The Guardian has called “a whirlwind of desperately needed fresh air.” The company has performed internationally with early music societies, orchestras and renowned conductors.

According to the company’s Web site, dance from the Baroque period contains a unique vocabulary of steps and ornaments that formed the basis of classical ballet later in the 18th century. Until recently, many of these steps were forgotten. The dance style is vigorously musical, with fleet footwork, florid accents of the arms, a dramatic system of gesture, and it encompasses a striking range of material: elegant court dances, virtuosic theatrical ballets, and raucous dances related to the Italian commedia dell’arte.

Turocy, the artistic director of the New York Baroque Dance Company, has been commissioned to choreograph over 30 opera productions. Her ballets have been filmed for French, Japanese and American television and featured at several of the world’s leading performance venues. In 1995, she was decorated by the French government in the Order of Arts and Letters in recognition of her work in French Baroque ballets. In 2001, she received the prestigious New York City Bessie Award for Sustained Achievement in Choreography.